The 2011 Malcolm X Film Festival Panel
Moderated by WBAI's Dequi Kioni-Sadiki and WHCR's Dr. Shaka "Tawfiyq" Zulu; This film footage contains key excerpts from both of last years Dynamic & Controversial Panels featuring Amiri Baraka, Nellie Bailey Hester, Omowale Clay, Herb Boyd, Cleo Silvers, Shaka Shakur, Immortal Technique and Kazembe Balagun.
If you missed it then you can witness the fire for the first time. If you were there last year then you can see it again for the first time. (60 min.)
Malcolm X: His Own Story As It Really Happened
Marvin Worth, 1972,
Adapted for the screen from the autobiography he wrote with Alex Haley's assistance, Malcolm X (released two decades before the Spike Lee film Malcolm X) is a stirring portrait of the man whose life has become a rallying cry for millions. Includes rare footage of his speeches and interviews as well as newsreel footage. Narrated by James Earl Jones with Martin Luther King, Betty Shabazz, Ossie Davis, Muhammad Ali, Jesse Jackson, H. Rap Brown, Angela Davis and many more.  (92 min.)
MAYSLES HARLEM CINEMA
343 Malcolm X Blvd / Lenox Ave (Between 127th and 128th Streets)
Contact Us: (212) 582-6050 cinema@mayslesinstitute.org
Suggested Donation $10.00  (No One Turned Away For The Lack Of Funds)
CoSponsored By: The Peoples Survival Program
_______________________________________________________________________________
WEDNESDAY, MAY 16TH:  "Malcolm X The Movie - 20 Years Later"
Revisiting Spike Lee And Denzel Washington's (1992) Controversial & Award Winning Film
(6pm-9pm)

The Autobiography Of El Hajj Malik el Shabazz, Malcolm X
Gil Noble, 1991,
A "Like It Is" television program special presentation produced, written and reported by Gil Noble. This documentary utilizes "the actual words" of Malcolm's biography in covering his life on film. Featuring music by the Last Poets, rare interviews with various members of his family and tons of archival footage of Malcolm X's speeches (60 min.)

"I Walked With Bro. Malcolm": A Live Panel Discussion With The Elders Who Walked & Worked With Malcolm X   This historic panel will avoid the usual panel format of scholars, writers and activist "experts" by providing a rare and revealing opportunity for the audience to actually hear "1st Hand" from those former Nation Of Islam and OAAU members that were loyal to Malcolm X and who actually walked & worked along side him until his assassination. (60 min.) 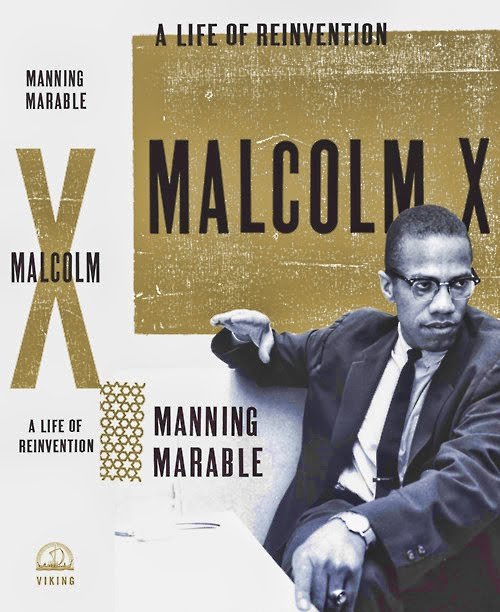 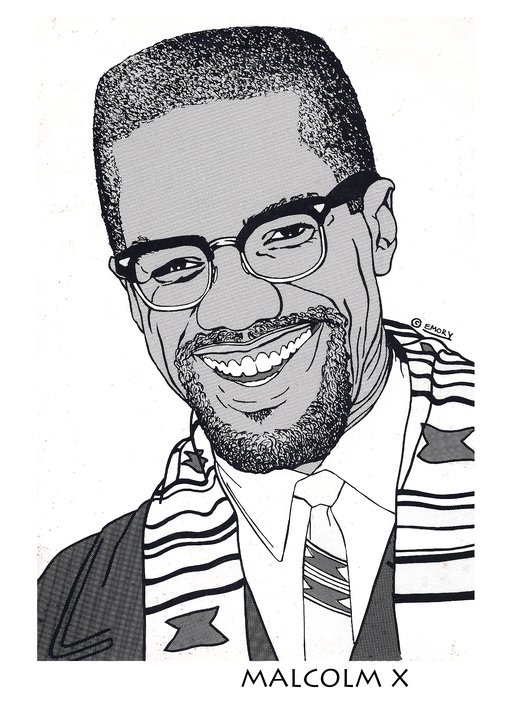 The Malcolm X Commemoration Committee
with the OAAU & the Sons & Daughters of Afrika
observe the 87th Anniversary
of the BIRTH of our BELOVED
MALCOLM X!
on SATURDAY, MAY 19th, 2012
Join us for the Annual Pilgrimage to Malcolm's Gravesite!

Assemble @ the Harlem State Office Bldg
125th St. & Adam Clayton Powell Blvd @ 9AM
Caravan/Buses Depart @ 1Oam SHARP
for FERNCLIFF Cemetery in Ardsley, NY
DONATION: $9 Adults; $5 Children; Group Rates Available
For more info: Call 718-512-5008 • mxcc519@verizon.net
The Annual Pilgrimage to Malcolm's gravesite was conceived by the late
Ella Little-Collins, Malcolm's sister. It has been observed every year since 1966.
The Malcolm X Commemoration Committee joined the Pilgrimage in 1993, and since
that time, has expanded community participation by more than double. In 2000, Baba James Small, who with the Sons & Daughters of Afrika has overseen almost every Pilgrimage since its inception, invited the New Black Panther Party to serve as the ceremony's ‘Honor Guard’.
To download a flyer, click here!
FREE THE LAND!
Let's “Pick up the Work” to Educate, Agitate & Organize to Free our Political Prisoners &
Prisoners of War
Malcolm X Commemoration Committee
déqui kioni-sadiki & Mani Gilyard, co-chairs
“What you and I need to do is learn to forget our differences...We have a common oppressor,
a common exploiter, and a common discriminator.... once we all realize that we have
a common enemy, then we unite on the basis of what we have in common.”
— Malcolm X  “Message to the Grass Roots”

"Celebrating the Life and Legacy of a Master Teacher"

Performances: Darrick Johnson and Others